There is a new cultural group making its mark on Southwest Arizona and Northern Mexico.

The Chicano Art Collective invites you to an event planned for Friday evening in San Luis, Ariz. that is celebrating the art and music of the region.

Krooktone, a Yuma band that has been on the scene for many years, will be one of six groups performing at the Artwalk: Rock Session event.

Abraham Andrade, one of the founders of the Chicano Art Collective, said the event that will be held outdoors at the original Rolls and Bowls in San Luis. It's located at 1627 Cesar Chavez Blvd.

The bands include Yuma’s own Krooktone and MOTH, the bands Hardships and Petra Dima, plus some notable bands from Mexico.

As with most Chicano Art Collective events, there will be more to the show than the music on stage. In addition to a motorcycle and truck show there will be art.

The Chicano Art Collective has recently become a registered non-profit and they are working on a series of events for the upcoming season. Abraham Andrade invited everyone to learn more on their Facebook page.

Andrade also wants everyone know that all their events are for the entire community. 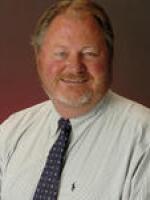 Dave Riek
Dave Riek has been General Manager at KAWC since January 2006. He began his work in Yuma as a partnership with NPR member-station, KNAU, at Northern Arizona University in Flagstaff. After more than a year splitting his time between the two stations, Dave made the move to Yuma in the summer of 2007.
See stories by Dave Riek
Sundays in the Park Concerts
Enjoy concerts at the Colorado River State Historic Park beginning January 8
Ticket Info
Now, more than ever, your support powers KAWC!
Donate Now
Arizona Edition Podcast
Hosted by Lou Gum, Arizona Edition, KAWC's news program, is our focus on the issues facing Arizona. Through interviews with local newsmakers, KAWC keeps you informed on issues in the region.
Subscribe
Listen Anywhere
Download the App
Find It Now
Related Content