KAWC is pleased to host Mandalit del Barco, Correspondent, National Desk, NPR West, for our next Spirited Discussion!  Del Barco will provide a commentary on the evolution of her reporting in arts, culture and other topics with NPR.

As an arts correspondent based at NPR West, Mandalit del Barco reports and produces stories about film, television, music, visual arts, dance and other topics. Over the years, she has also covered everything from street gangs to Hollywood, police and prisons, marijuana, immigration, race relations, natural disasters, Latino arts and urban street culture (including hip hop dance, music, and art). Every year, she covers the Oscars and the Grammy awards for NPR, as well as the Sundance Film Festival and other events. Her news reports, feature stories and photos, filed from Los Angeles and abroad, can be heard on All Things Considered, Morning Edition, Weekend Edition, Alt.latino, and npr.org.

Appetizers will be available and attendees may also order from River City Grill's regular food & beverage menu. No reservations are required and no purchase is necessary.

Thanks to River City Grill, owners Nan and Tony Bain, and general manager Andrea Johannsen for their long-time support of KAWC and the Spirited Discussions series. 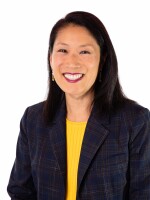