Hello, and Welcome to Planet Money

Hello, and Welcome to Planet Money!

More than 10 years and 1,000 episodes ago, Planet Money decided... to start numbering episodes. That was after about 70 shows. And now we've reached 1,000. So maybe it's not a "real" milestone, but it's an important one to us anyway. Because it means that somehow, through a financial crisis, and a long recession, and a populist revolt, and lots of new faces here at Planet Money, and a trade war, and another crisis, we ... survived. We kept showing up, trying to make sense of the ways that money moves around the world, and how it tells us so much about what we value and what we don't.

This episode celebrates all we've done — for ourselves, and for the millions of you who've listened along with us as we've grown. It's also something of a whirlwind introduction to the show if you don't know it yet. Plus, we had fun making it.

It's not a best-of list, exactly. But the 14 shows in the following list all appeared in our special 1,000th episode — along with dozens of others. They were all suggested by listeners when we asked for their favorite memories and shows. And they are a pretty good introduction to what we try to do every week.

The Fondue Conspiracy
A bunch of cheese manufacturers in Switzerland form a club to protect their gooey riches. It smells a lot like a cartel.

A Mob Boss, A Garbage Boat, and Why We Recycle
In the 1980s, one man had a brilliant idea: He would take New York's trash and ship it to Virginia. Problem is, Virginia didn't want New York's garbage. The odyssey of the barge would change recycling forever.

The Lost Plane
Not too long ago a plane had to make an emergency landing... in Iran. It turns out, it's a lot easier to land in Iran than to leave. And so a bunch of tourists got a life lesson in dealing with sanctions.

Cow Noir
A tough cop, some naive criminals, and a truckload of stolen cattle.

What If No One Pays Rent?
The coronavirus crisis has upended almost everything in America, including the traditional relationship between landlord and tenant. Now we can really see the underbelly of the American housing system.

The Vodka Proof
We had an argument in the office. Is cheap vodka really different from expensive vodka? So we spent a year trying to find out. And made our own. Vodka may never taste the same to you again ... or it will ALL taste the same.

What is Foreign Interference Anyway?
We weren't sure, so we asked a foreigner to interfere in an election, to see what might happen.

The One-Page Plan to Fix Global Warming
Why the best solution to one of the most complex problems in history might be very simple: a carbon tax.

Big Government Cheese
That time the government had too much cheese.

The Tale Of The Onion King
What happened when one man cornered the market in onions. Spoiler: It ended in tears.

Flood Money
When Houston was flooded we wanted to know who was going to pay for it all. So we went.

We like to figure out the world by diving into the deep end, like when we started our own shell companies, or shorted the entire stock market, or bought 100 barrels of crude oil with cash out of a briefcase. Two of favorite projects of ours: Space and T-Shirts.

Planet Money Goes to Space
What goes into building and launching a satellite? We hitched a ride aboard a rocket to find out.

The T-Shirt Project
We follow the making of a simple T-shirt from cotton fields, to factories, to container ships.

The One That Started It All

The Giant Pool of Money
Alex Blumberg and Adam Davidson made this show for This American Life in 2008. It was so popular they decided to start Planet Money.

We hope you like these! And here's hoping the next ten years will be better than the last ten years, for all of us.

Bryant Urstadt
Bryant Urstadt is the editor of Planet Money, NPR's podcast about economics. Planet Money specializes in taking complicated subjects, finding the people at the center of them, and turning their stories into entertaining narratives. He is part of the team which won a Peabody for reporting on the fake bank accounts scandal at Wells Fargo.
See stories by Bryant Urstadt 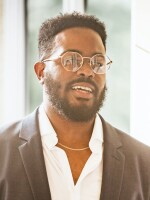 James Sneed
James Sneed began his career at NPR as Planet Money's Winter 2020 intern. Previous to that, Sneed worked at KBOO Community Radio and attended the Transom Story Workshop. His other professional experience includes Open Signal Media Center, KSMoCA and MASS MoCA. Currently, Sneed is an associate producer with Planet Money where he has produced stories about a comic book character from the public domain, the business of Black joy and the Christmas tree market — as well as reported on the racial wealth gap, the NCAA at the Supreme Court and why the New York Mets don't always Mets everything up... necessarily.
Sundays in the Park Concerts
Enjoy concerts at the Colorado River State Historic Park beginning January 8
Ticket Info
Now, more than ever, your support powers KAWC!
Donate Now
Arizona Edition Podcast
Hosted by Lou Gum, Arizona Edition, KAWC's news program, is our focus on the issues facing Arizona. Through interviews with local newsmakers, KAWC keeps you informed on issues in the region.
Subscribe
Listen Anywhere
Download the App
Find It Now